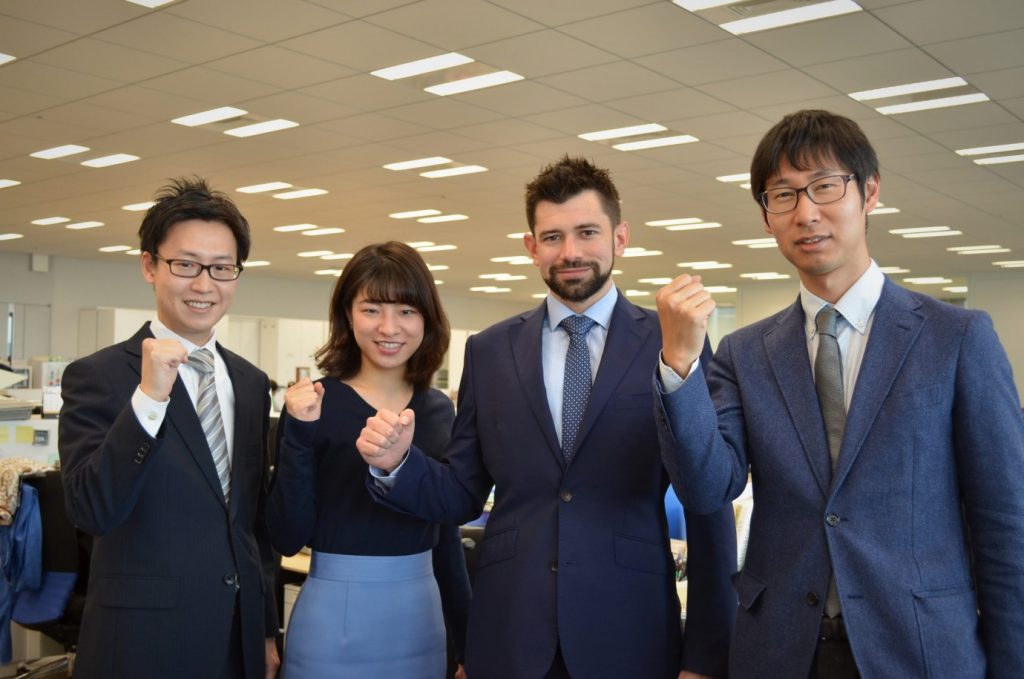 The Mitsubishi Chemical Group (“the Group”) announced its new Group Concept, that includes Purpose, Slogan and Our Way, that will define the Group’s internal and external communications beginning in February of this year.

Mitsubishi Chemical Group Corporation (MCG) published the KAITEKI Report as an update to the progress and outlook of corporate activities aimed at realizing the Group’s KAITEKI vision.

Matt’s year of living, working and learning in Japan

When Matt Pearson found out he’d been selected for the Experience JAPAN program – Mitsubishi Chemical’s (MCC) initiative to invite colleagues from its group companies around the world to immerse themselves in a year of Japanese living and working – he had until the end of that week to decide whether to go for it.

“It was a big decision to make very quickly,” he says, “especially as I had very little detail about what my job in Japan would be. But I think it’s always best to say yes to these sorts of opportunities. You never know when you might get another chance!”

And so began Matt’s Experience JAPAN journey – an unforgettable year, both personally and professionally.

Matt’s original role in the UK was as Project/Engineering Manager for the Strategic Projects Group at Wilton. Here, the day-to-day depends on the particular project being worked on, but Matt counted himself fortunate to have already been involved in several which had taken him around the world.

The next step of this journey, arriving in Japan, saw him join the methyl methacrylate (MMA) business unit’s Supply Chain Management Team in MCC’s Tokyo Headquarters as well as joining the Global Commercial Team, which looks at medium to long-term strategy for MMA. The new role’s commercial focus was interesting, says Matt:

“Experience JAPAN was my fifth international placement but my first purely commercial role. I worked in sales and supply chain management, so most of what I did what supply chain optimisation and business analysis. It was very different to work I’d done in the past, but I found it really interesting and felt I had something to offer.

“While there, I studied Japanese and managed to pass Level 5 of the JLPT qualification (Japanese Language Proficiency Test). It helped me hold simple conversations in Japanese and, as the only foreign language I’ve learned since leaving school, I found it incredibly rewarding.”

“I lived in a very small apartment in North East Tokyo” Matt says.

“I’d leave at about 8am and walk for 20 minutes to a station where I could catch a direct train to Otemachi – the closest station to the office.

“The office was a busy place, but also relatively quiet and most of the talking to colleagues would be over lunch. The office has a restaurant but there are hundreds of other places to eat within walking distance, so I’d almost always go out with my colleagues for a bite.

Pictured: In Tokyo, Matt was never far from some of the finest Japanese cuisine.

“After work, which was sometimes quite late but thankfully not always, I’d often meet my partner, Finn, who joined me in Tokyo for much of the year, and we’d go out for dinner. We both loved the Japanese food, especially ramen and sushi, but there’s also plenty more to choose from.

“On weekends, we’d explore Tokyo or other areas in Japan, visiting museums, mountains, parks, festivals and even the beach. I also took up golfing with my colleagues and met other Experience JAPAN members regularly. It was great to share our new favourite places!”

Pictured: the Experience JAPAN group saw some amazing places together.

“Of course, it wasn’t all about learning Japanese culture as a group. We also learned a lot about each other’s home cultures. One of the guys on the program from Indonesia, Bagus, brought some traditional Indonesian Batik shirts over to Japan for us!”

Of course, there was plenty of cultural learning in the workplace too. In a Japanese Taiko drumming class, a popular way to keep active and relieve stress, the group learned their way around the nagado – a traditional, medium-sized Japanese drum (pictured below).

While Matt managed to see many different corners of Japan, his most profound experience of the year was visiting Hiroshima – seeing the atomic bomb museum and the remains of the ruined buildings still standing there.

It’s something he describes, understandably, as emotional and deeply upsetting, but a chat with a local resident gave some valuable perspective and a message that’s stuck with him.

Pictured: part of Hiroshima as it stands today.

“Walking around the Hiroshima Peace Park, I got talking to a local Japanese man, Asai-san, about the history of Hiroshima. He was in his seventies and born to parents who survived the 1945 disaster. I was still feeling somewhat overwhelmed from all the disturbing imagery and history from the museum, but his sense of optimism and positivity really helped me that day.

“He reminded me that, whilst there are lessons we mustn’t forget, patience, cross-cultural communication and mutual understanding is the best way of avoiding such conflict in future. The importance of this message sums up much of my experience of Japan and I also find it relevant in a business context.”

Now back in the UK, Matt continues to sit on the Global Commercial Team for MMA and support’s Tokyo’s activities remotely. He’s also taken on a more commercial role within the Strategic Projects Group as Engineering Commercial Manager for the Alpha 3 project – which will see our third and largest MMA production plant created in the USA. He says:

“I do think my time in Tokyo has given me a far deeper understanding of the strategic importance of the Alpha 3 project to MCC’s global MMA business. I’m also fortunate to have massively expanded my professional network within the wider MCC group.”

Reflecting on a unique year

“There were seven other Experience JAPAN members living in my Tokyo apartment block and, as a group, we got very close. I still stay in touch with them and hope to see them again soon. I think anything which builds bridges between MCC’s group companies is useful and maybe, one day, there’ll be an Experience Europe program in future. Who knows!

“I’m incredibly grateful for those who made Experience JAPAN possible. Especially Waga-san, President and CEO of MCC, for coming up with the idea and sponsoring the program, and all the HR team who worked hard to support us while we were there.

“I would say to anyone thinking about participating in future – don’t hesitate, just do it! It might not necessarily be easy, but I promise it’ll be super rewarding.”