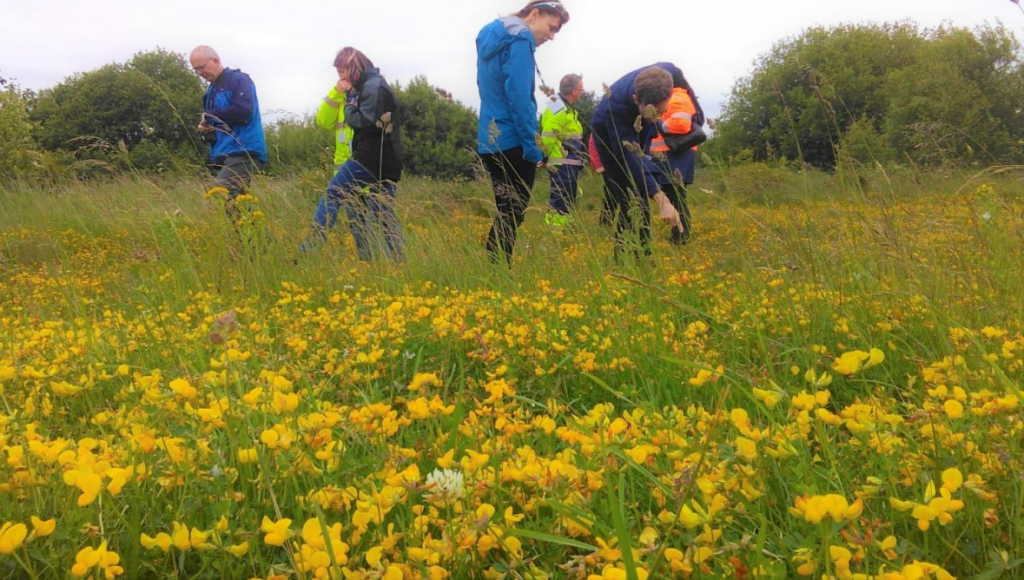 The Mitsubishi Chemical Group (“the Group”) announced its new Group Concept, that includes Purpose, Slogan and Our Way, that will define the Group’s internal and external communications beginning in February of this year.

Mitsubishi Chemical Group Corporation (MCG) published the KAITEKI Report as an update to the progress and outlook of corporate activities aimed at realizing the Group’s KAITEKI vision.

If all companies considered the value of working in tandem with nature, how different would our world look?

There are many ways we can demonstrate commitment to KAITEKI values across our company, but these don’t all have to be actions to minimise our industrial footprint on the environment. Work being done at our Cassel site in the UK to develop a thriving biodiversity area – host to a flourishing range of species and habitats – demonstrates how industry can also work constructively to enhance the environment it leaves behind.

Since 2003, Cassel has worked with the Industry Nature Conservation Association (INCA) to apply an ever-evolving biodiversity action plan to a 35-acre area of land adjacent to the site’s production facilities.

“The area previously housed a number of hydrocarbon storage tanks that were demolished in the late 1990s. With no plans to use the land for business purposes, we were keen to protect and enhance the wildlife and habitats that had become established there and to make the area more attractive for our neighbours.

“Being adjacent to Billingham Beck, a tributary of the River Tees, INCA explained that Cassel forms part of an important wildlife corridor that links the river with the nearby country park, and recognised the site’s potential to further improve wildlife habitats and species diversity.”

Take the wildflower meadow as an example. In 2011, this was an empty area of land which became available for development. Less than two years later, this had been transformed into a beautiful, flower-rich space for insects, butterflies, birds and small mammals to thrive. Since then, it’s always been developing.

“During 2011, a new habitat area was created using materials extracted from the construction of a new operational area of the site. These were used in creating an innovative solution… a ‘green screen’, comprising a wildflower area which would both benefit biodiversity and be aesthetically pleasing. The technique used in creating the ‘green screen’ was to lay down the nutrient rich topsoil at the bottom of the mound, and the slag-rich, nutrient poor, subsoil at the top.

“Slag-rich soil is perfect as a substrate for many of the interesting and specialised flowers which grow on brownfield sites. Natural colonisation of vegetation is the approach usually preferred to create such habitat but, in this case, a more immediate visual impact was required so the area was seeded to provide a colour-filled scene which would encourage the specialist insect species which occur on brownfield sites.

“A further effort involved a volunteer team planting around 750 plug plants as well as distributing several kilograms of wildflower seed. This 0.8 hectare ‘green screen’ is now within the scope of the Site Biodiversity Action Plan, contains a range of plants and supports a large colony of the Dingy Skipper butterfly, a species of conservation importance for which brownfield sites are of great importance.”

The wildflower meadow is one of many habitats you’ll find in the designated biodiversity area. As well as woodland, shrubs and wildflower, the land also benefits from nesting areas, bird boxes and bee banks which allow bee and wasp nests to stay at the optimum temperature for eggs to develop and hatch. A network of ponds and reed beds have also been developed to provide habitats for dragonflies and amphibians.

So, what else do these habitats support?

Dactylorhiza orchids (pictured), along with yellow-wort, hare’s-foot clover and ‘hairy cat’s ear’ have colonised naturally on the grassland. Water mint is also found in the pond areas – an excellent nectar source for a variety of invertebrates.

The common frog is a key amphibian species for the site, while smooth newts breed in the fresh water ponds.

Common Pipistrelle bats have been seen foraging over the southern part of the site. A ‘bat walk’ hosted in 2019 saw some intrepid Cassel volunteers survey bat activity using sonar bat detection. Badgers and rabbits are often spotted in the biodiversity action area. Elegant roe deer also roam the grassland from time to time.

If you look carefully, you may catch a glimpse of an otter. One was even spotted as close as 50m from our plants!

Grayling butterfly, a nationally-threatened species, calls the site home. Fen Wainscot moths, a regionally scarce species, can be found in the dry reed beds. Dingy Skipper (pictured) populations can be found around the reed bed area.

In July 2020, a butterfly survey with INCA found a new resident – the Essex Skipper. Fast flying and fiery orange, it’s long been a frequent sight in southern England but, in recent years, its population has started to spread northwards.

Tetanocera punctifrons, a notably scare wetland invertebrate, can be found in the seasonally wet areas around the site’s ponds as well as six species of dragonfly and damselfly, including both the Azure damselfly and Common Darter (pictured).